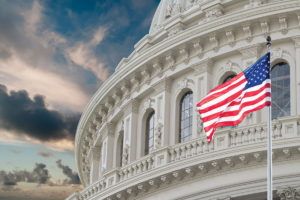 What might the marijuana industry landscape look like after the Nov. 3 general election? Much different? Same old, same old? It depends on what the voters say.

Marijuana business executives can expect federal banking reform, elimination of Section 280E of the federal tax code, a softening of federal marijuana prohibition and possibly even federal tax-and-regulate style legalization if Democrats retake the White House and U.S. Senate and maintain their comfortable majority in the House of Representatives.

Yet marijuana business executives might get those long-awaited breakthroughs even if just one of the two—the White House or the Senate—flips from red to blue.

If President Donald Trump defeats Democratic challenger Joe Biden and Republicans maintain control of the Senate, most observers expect continued gridlock on marijuana policy, although some progress might be possible on cannabis banking reform.

“The best chance of anything getting done is a Biden-Harris White House and the Democrats taking the Senate,” said Geoff Bacino, a partner at consulting firm Bacino & Associates in Alexandria, Virginia, and a former federal bank regulator, referencing Biden’s running mate, U.S. Sen. Kamala Harris.

“Republicans are much less socially elastic and morally elastic on cannabis than the Democrats,” Bacino said, adding that most of the senators holding up cannabis banking reform have been Republicans.

Currently, Republicans control the Senate 53-47, but 35 Senate seats are up for grabs in November. Of the 23 incumbent Republican senators, 13 are in competitive races, compared with only two of the 12 Democratic incumbents, according to The Washington Post. (See State Snapshots.)

Five of the senators defending seats—three Republicans from Arizona, Georgia and North Carolina, plus two Democrats from Minnesota and North Carolina—sit on the Senate banking committee, and the outcomes of those races could be the difference in whether the SAFE Banking Act passes or not. That measure—currently stalled in the GOP-controlled committee—would enable financial institutions to serve cannabis-related businesses without fear of federal punishment.

Here’s a closer look at how key federal marijuana policies might change after November’s election.

Assuming the House stays blue, the best chance for banking reform is a Democratic White House and Senate majority.

While the 2020 Democratic Party platform doesn’t explicitly call for cannabis banking reform, vice presidential nominee Harris sponsored the SAFE Banking Act, and support from a Biden-Harris White House for such measures is more than likely.

“The issue with the Senate right now is not really a vote-counting issue as much as it is a committee-control issue,” said Steve Fox, a Washington DC-based attorney with the Vicente Sederberg law firm. “That’s really what held things up more than anything else. It’s not that the SAFE Banking Act is controversial.”

Fox and other observers also believe the SAFE Banking Act could pass if Democrats control the White House but the GOP keeps the Senate.

Bacino estimated that roughly a third of Republican senators support some kind of marijuana reform, a third are opposed to any reform and the other third could go either way depending on the specific legislation.

A Biden-Harris administration that supports the SAFE Banking Act would allow fence-sitting Republicans to vote for the measure without much controversy, observers said.

“I think if you had a Democratic administration, even if the Senate stayed Republican, you might find a few more Republicans willing to cross over if only to get things done,” Bacino said.

If Trump wins and the GOP keeps the Senate, then gridlock will continue, many observers said. “It’s just really hard to envision a Republican-controlled Senate pushing forward on this,” said Fox, who also co-founded the National Cannabis Industry Association.

Observers also are hopeful that marijuana business executives could see the elimination of 280E, which prohibits standard business deductions by companies that traffic in federally illegal drugs, including marijuana. And while it’s not the “low-hanging fruit” that banking reform is, getting rid of 280E is a very realistic goal, observers said.

“When a new administration comes in, one of the first things they tend to do is reform the tax code in one way or the other. So I would expect there would be a push to do that, and therefore 280E would be on the chopping block,” Fox said.

If Congress can pass the STATES Act, which would give individual states control over whether to legalize marijuana, then it’s also possible to get a special 280E “carve-out” for legal marijuana businesses in states with legal marijuana markets.

“If Biden decides to embrace a state-by-state approach, then that really puts the STATES Act back on the table as a way to create a carve-out for (legal marijuana) businesses and getting rid of 280E that way. Besides a carve-out, the only way 280E will be eliminated is if cannabis gets descheduled,” said Steven Hawkins, executive director of the Marijuana Policy Project.

When it comes to federal prohibition of marijuana, there could be major changes, but it’s highly unlikely they would entail something as sweeping as outright legalization with Uncle Sam taxing and regulating MJ.

Under the current political balance, expect the status quo to continue.

What the federal regulations might look like and how state markets would continue in the interim is unclear.

Descheduling marijuana, meanwhile, would make it much easier and less expensive for universities and research institutions to conduct clinical trials and other studies into MJ.

While Biden has so far opposed federal adult-use legalization, Harris has been outspoken in her support of legalizing recreational marijuana. This includes her sponsorship of the MORE Act, which would deschedule marijuana and thereby legalize it federally.

And as more states legalize medical or adult-use marijuana through the ballot box, Biden could feel compelled to take a more serious look at a tax-and-regulate approach—and would have Harris to back him.

“As long as momentum continues to build at the state level, then I think there would just be a stronger argument for, ‘Why don’t we just treat this like alcohol and tax it and regulate it?’” Hawkins said.