We won’t make any comments and we’ll just let you have a read of this Investors.com article

It succinctly rounds up all the various forces within this nascent “market” and in the case of Compass they don’t really have to worry about the rollercoaster because Mr Thiel is richer than Croesus and has extremely deep pockets.

I mean what’s a mere $US25 million between friends !! As you can see from our header picture they can just piss it up the wall ! 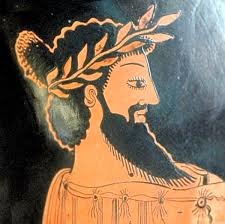 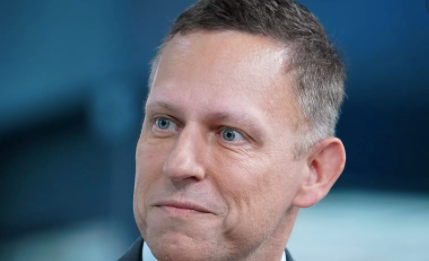 Compass Pathways stock sank Thursday, after the London-based psychedelic-drug developer held to its plans to report clinical-trial next year and noted “a number of differences” between its approach to psychedelics and that of Oregon, where voters last week legalized psilocybin therapy.

The remarks were made on Compass Pathways’ (CMPS) conference call to discuss its third-quarter results — the company’s first such report since going public in September. Compass reported deeper per-share losses than some analysts expected, as share-based compensation, development and other costs rose.

The company is developing a synthetic form of psilocybin, called COMP360, to be used in conjunction with psychological therapy. Psilocybin is the hallucinogenic compound in magic mushrooms.

The FDA in 2018 gave breakthrough status to COMP360 for treatment-resistant depression. The company is currently evaluating COMP360, paired with therapy, in a Phase 2b trial for that condition, with plans to recruit up to 216 patients. If approved, Compass has said it plans to market the product to clinics and health care providers in the U.S. in Europe.

CEO George Goldsmith, when asked about the Oregon vote during the call, noted that the vote kicked off a two-year process to design guidelines for therapy. He said the company shared the sentiment of voters that current mental-illness remedies were not sufficient.

But as the state begins to carve out those protocols, he signaled that the best way to ensure safety and effectiveness was via regulatory approval.

“What I think we differ on,” he said, “is that it’s really important that, according to regulators on both sides of the Atlantic — and we’ve met with a very large number of regulatory agencies — there simply isn’t yet enough evidence of safety and efficacy of psilocybin therapy, which is why we’re doing our trials.

“It’s also not clear, in the Oregon model, who would pay for the therapy,” he continued. “So we believe, as we’ve designed and developed Compass, that the review and approval to regulatory agencies is really the best way ensure the safety, efficacy and quality of any medicine or therapy.”

He said the coronavirus pandemic had “impacted” its current trial but that Compass still planned to report data from the trial next year. The company said it established a new trial site in Berlin, giving it 21 such sites in 10 countries across Europe and North America

Compass Pathways reported a per-share loss of $1.30, deeper than the 73 cents reported a year ago. Zacks forecast a loss of 55 cents per share. The company had zero revenue, as its main product, COMP360, is still in trials.

Available cash at the end of the quarter totaled $196.5 million, which is expected to fund operations into 2023. R&D expenses more than doubled from a year ago to $6.9 million.

Earlier this year, Compass established a Drug Discovery Center with the University of the Sciences in Philadelphia to develop psychedelic and other early-stage compounds.

Compass has reported a net loss $25 million over the first half of this year, with most of it related to testing and compliance. The company has warned of “significant losses” and said its therapy will require “substantial additional funding.” Billionaire investor and PayPal (PYPL) cofounder Peter Thiel is among the company’s backers.