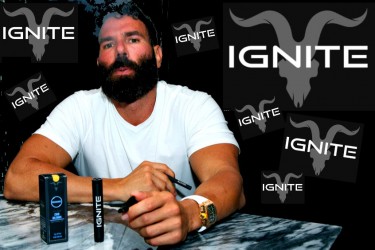 Tycoon, playboy, influencer, “King of Instagram”, and cannabis lover Dan Bilzerian attempted to get into the cannabis industry in September of 2018.

Ignite Cannabis Co. launched with a wide variety of cannabis products: from flower to live resin, pre rolls and vape cartridges, and so much more. It didn’t take much for the brand to gain traction in the cannabis scene: at the 2018 Alaska Cup, Ignite’s CBD vape pen already won an award. But Bilzerian has already been working on the business for around two years before they launched, and he planned to have his products for sale in 56,000 locations, with rapid expansion plans happening after that.

So what went wrong?

Last July, Ignite declared on their annual filings that they lost $50 million, $43 million of which went to marketing and office rentals, which was first reported by Forbes. Ignite had a $22 million allocation for marketing, which was already twice as much as its yearly sales revenue. Guess where it all went? Throwing luxurious branded parties with tons of booze and sexy women. It also seems that the Ignite funds went to paying for Bilzerian’s publicly lavish lifestyle, including his private jets, booze, women, and parties to name a few.

Many aren’t surprised, to be honest. Bilzerian is a professional at burning cash that he uses to rent yachts, private jets, and pay for women, parties, and his lifestyle. He is a trust fund baby after all, but he used the business funds as if it were his own spendings account. He shelled out $40,000 for a rock climbing wall, a $130,340 photo of the Bahamas, and other ludicrous expenses.

“He traveled the world with a harem of models that would make Hugh Hefner jealous,” commented Tamara Freeze, lawyer for Curtis Hefferman, the former president of Ignite, “expecting that the company would cover it all.”

The truth is that Ignite just didn’t bring in any sales. The only way they were able to stay afloat was to sell shares in Canada’s stock exchange, but they still ended up having to borrow money from other people.

But late in October, it was announced that Bilzerian, who sits as chairman of the board as well as CEO, will be buying 50,000 shares of Ignite in order to save the company. The announcement also states that Ignite will be entering several purchasing agreements starting October 26, 2020

CannMart Breaks Up With Bilzerian

CannMart Inc., a subsidiary of Namaste Technologies Inc together with Bilzerian’s Ignite brand struck a deal.

“Our agreement to become the exclusive distributor of IGNITE products in Canada is an important milestone for the company and positively reflects on our value proposition,” said Meni Morim, CEO of Namaste Technologies. “CannMart continues to demonstrate its ability to grow its sales distribution channels in the Canadian market and this is attracting the attention of well-established brands like IGNITE. We place a high value on our relationships with these brands as it is our belief that brand recognition will be a major driver of growth as the legal industry matures and transitions to consumer-packaged goods. The opportunity for CannMart to be the exclusive distributor for IGNITE in Canada reinforces our position in the competitive cannabis market as consumers gravitate towards brands that are well known and trusted for their quality,” reads Namaste Technologies’ release in June 2020.

However, things did not go well as Ignite released a statement last month saying that they are breaking away from the joint venture after just one month.

CannMart will still continue selling their Ignite inventory until December 29, after which they “will no longer act as a distributor for IGNITE in Canada,” said a press release.

“It has been a pleasure working with CannMart to launch IGNITE THC products into Canada,” said John Schaefer, Ignite president. “The IGNITE Team has done a fantastic job delivering superior products to consumers across the country which, has created demand beyond initial expectations. We remain committed to delivering premium cannabis products to our valued consumers, retail and provincial distribution partners as we continue to grow and scale at a fast pace.”

Meni Morin, CEO of Namaste, released their own statement as well. “Our customers and partners are critical to the long-term success of our company, and we are on a mission to connect consumers with the solutions that fit into their lives,” he tells the media. “It is also our belief that brand recognition will be a major driver of growth as the legal industry matures and transitions to consumer-packaged goods. The cannabis landscape is continuously changing, and I’m excited about our future, innovative product portfolio that will continue to delight our consumers. We wish Ignite all the best in its future endeavors,” he says.

Is Dan In Bad Financial Shape?

There seems to be no light at the end of the tunnel for Bilzerian, as rumors keep popping up of his financial mess and it’s just bad press after bad press. Tom Nash, a YouTube influencer, has revealed earlier this month that Bilzerian has actually been paying massive amounts of money to a marketing firm to increase his Instagram followers.

“They claim Dan Bilzerian was their client since 2018 and paid them a staggering amount of $25,000 per month to boost his Instagram profile,” says Nash in a USA Herald report. According to Nash, Bilzerian abruptly stopped paying the firm though they still continued working for him after giving him the “benefit of the doubt”. Eventually, his bill reached $100,000 and it still hasn’t been paid. They eventually stopped working for him. Though the article states that Nash’s accusations aren’t proven, surely there must be some fire where there’s lots of smoke? 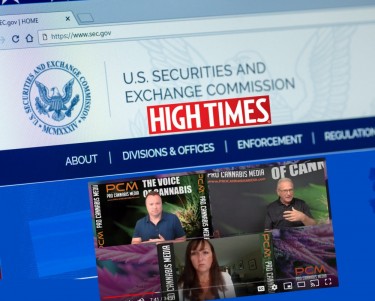 HIGH TIMES IPO – WILL IT EVER HAPPEN AND WHAT WENT WRONG? 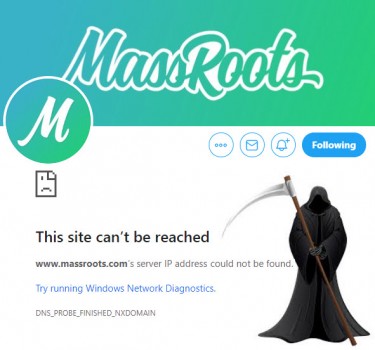 MASSROOTS GOES UNDER, NOW WHAT FOR ISSAC AND HIS INVESTORS?