For The Athol Daily News

PHILLIPSTON — Local cannabis entrepreneur Damon Schmidt is hoping that the third time is indeed the charm.

Doing his best to meet requirements of the state Cannabis Control Commission, Schmidt held his third community outreach meeting in early December. The first two were held in May 2019 and June of this year, respectively, but his plans to establish a marijuana operation at 420 State Road/Route 2A were, for any number of reasons, put on hold.

A host community agreement was signed with the town’s Selectboard within the time frame required by the CCC, but no site plan review was scheduled by the Planning Board. That review is one of the steps necessary to ensure Schmidt’s enterprise meets requirements and addresses concerns of the community.

Finally, about a week after December’s community outreach meeting, the Planning Board voted to hold a public hearing to proceed with a site plan review. That meeting has been scheduled for Jan. 25.

Delays this year have been chalked up mainly to questions surrounding a moratorium the town enacted in July which prohibits the establishment of any type of cannabis-related business in Phillipston for a year.

Schmidt had been told by the town’s attorney that, because he had started his application process prior to the town’s vote his efforts would not be subject to the moratorium. The opinion was affirmed at the town meeting at which the vote on the moratorium was taken.

However, Planning Board Chair Bernie Malouin insisted his panel should not take any action on Schmidt’s proposal until the state Attorney General’s Office either affirmed the moratorium or deemed it unenforceable. The town is still awaiting word from the AG.

At a meeting in November, the Planning Board balked at moving ahead with a site plan review, at which time a frustrated Schmidt replied, “Let me waste my money on a peer review; that’s all I’m asking.”

In the meantime, additional information from the state prompted the board at its last meeting to move ahead with a site plan review as soon as feasible.

Schmidt has submitted detailed plans for his business at the corner of State Road/Route 2A and Baldwin Hill Road. He has also given the town a $5,000 check to pay for a peer review of his plans by a consultant to be chosen by the town. The consultant will look at any number of issues, including but not limited to storm water runoff, traffic safety and the potential impact of any construction on nearby wetlands.

The project has already received the blessing of the town’s Commission. Since such an establishment is allowed in an area zoned specifically to accommodate marijuana-related businesses, Schmidt will not need a variance from the Zoning Board of Appeals.

Schmidt said the board’s decision now frees him to submit his application to the CCC, adding he believes he’ll be granted a provisional license in early 2021.

Schmidt plans to construct a building of about 4,000 square feet in size. A traffic study, for which he paid $20,000, indicated that up to 60 vehicles an hour would be stopping by the business during peak weekday hours, a figure that jumps to 70 for peak hours on the weekend.

Schmidt says he has not yet chosen a contractor to construct his store, which is being designed by Segar Architects.

Schmidt will be opening a retail marijuana shop in Templeton and cannabis cultivation operations in Royalston and Hubbardston. He had initially planned for his Phillipston facility to accommodate both retail and cultivation/manufacture but was unable to satisfy the town’s requirement that the rear of any marijuana-related business be no more than 400 feet from curbside.

He planned on seeking a special permit allowing him to push that setback requirement to 800 feet for his State Road facility, but dropped the idea when it became clear the Planning Board was unlikely to approve the move. He said the 400-foot limit wouldn’t allow the space needed for cultivation and the manufacture of marijuana edibles and other products.

Greg Vine can be reached at [email protected] 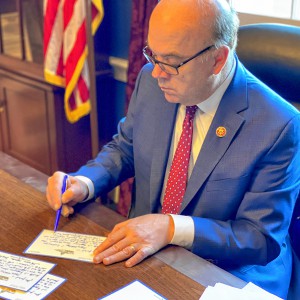 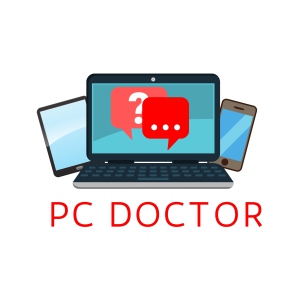 Dear PC Doctor: When I came to work this morning, my computer would not turn on! The power button flashed a few times — 5 long red flashes, and…

PHILLIPSTON — Local cannabis entrepreneur Damon Schmidt is hoping that the third time is indeed the charm.Doing his best to meet requirements of… 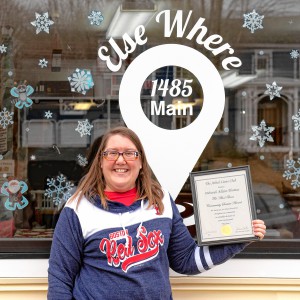 Last week, Deborah Allain-Thomas, the owner of Else Where at the Uptown Common in Athol, was awarded a framed certificate recognizing her as the…