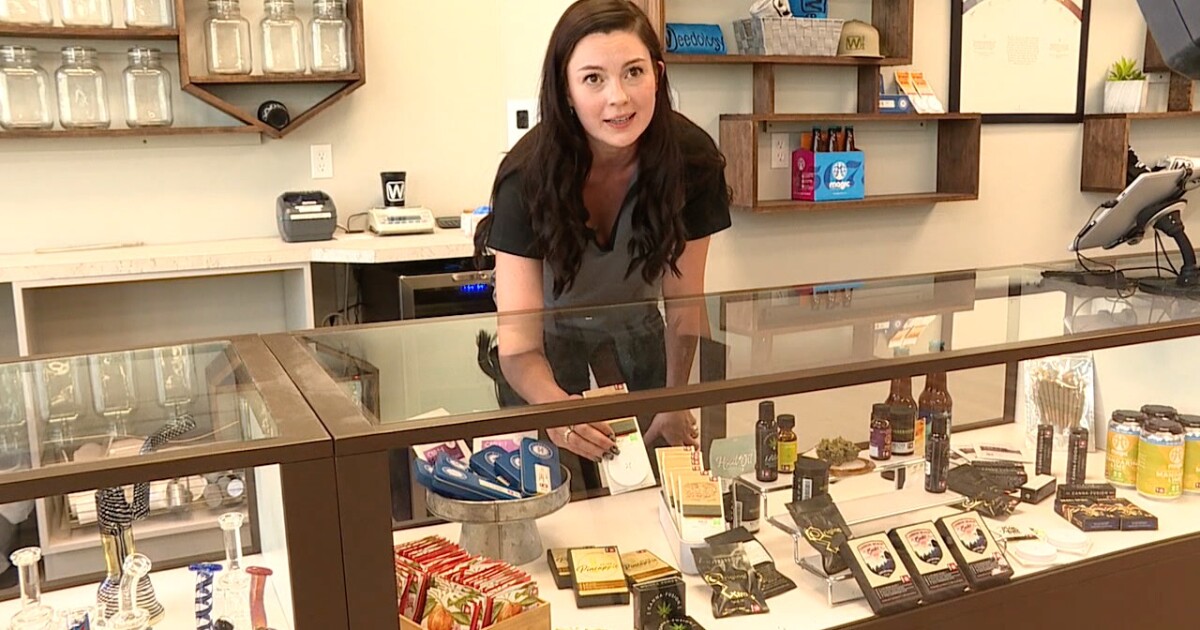 ONTARIO — Marijuana sales are booming just across Idaho’s border in Ontario, Or.

According to the Oregon Liquor Control Commission, Marijuana shops in Ontario have exceeded 100 million dollars in sales in a little over a year since they got the go-ahead to open.

“There’s been an increase in customers and the amount that they are purchasing,” said Steven Meland, owner of Hot Box Farms. “It has been kind of an interesting dynamic within the market as well as we have seen there be more options for people to go and shop at we have actually still seen our foot traffic increase as well.”

“We had a pretty good year relative to other retailers across the board, and feel really fortunate,” said Justin Long, co-owner Nuggets CBD.

The Oregon Liquor Control Commission keeps track of marijuana sales for each county.

Ontario is the only city in Malheur County to allow Marijuana sales, and with six dispensaries operating out of the city, according to the Commission, those dispensaries have been bringing in over eight million dollars a month during the pandemic.

This is a three million dollar increase compared to this time last year.

“During the pandemic, we have noticed that people either have a little more extra time or they are consuming a lot more,” said Meland. “Certainly when the stimulus money was dispersed we saw an uptick in people coming to the dispensary and stocking up as they thought that they may close at some point.”

With a population of roughly 31,000, according to the Oregon Liquor Control Commission, Malheur County is leading all counties in per capita sales.

In November alone, Malheur County’s per capita sales were $15.56 per person. The next closest county, Curry, was at $3.56 per person.

With the local 3 percent marijuana tax the dispensaries are also bringing in around 3 million dollars in tax revenue for the city of Ontario.

But, with the pandemic and their proximity to Idaho, where marijuana is not legal, Meland said that could be contributing to the increase in sales.

“We do see people from all over coming in,” he said. “Folks do choose to come over and partake in the legal industry here in Oregon, and as the pandemic has been going it seems more and more folks are taking advantage of our shop being in Ontario.”

While many bars and liquor establishments are closed across Oregon, marijuana dispensaries are open and have social distancing requirements.

Some are even offering online ordering with drive-through pick-up and few are offering local delivery services.