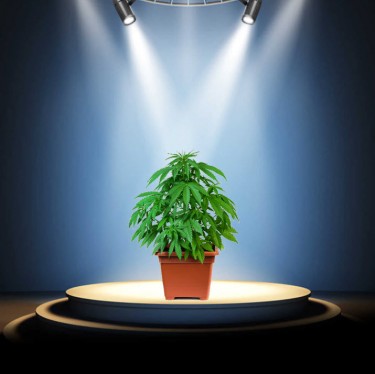 There are many reasons why people commit suicide, but in most cases it’s the relentless depression that slowly chips away at their will to live. This depression could be caused due to childhood trauma, neurochemical imbalances and a number of other reasons.

However, according to the DEA – marijuana is one of the reasons why young adults kill themselves. Mainly – “it’s weed with high potency” that is the main culprit as they claimed. However, there is no real scientific basis on this claim.

If you’re interested in reading the garbage perpetuated by the DEA – read the article here. Within it you’ll find baseless claims to uncited “studies” that somehow magically disproves actual scientific studies which I’ll link later.

As with most of these bullshit articles – I find it my duty to dig in deep and dispel the propaganda that has helped sustain the lie that is prohibition.

CLAIM: Marijuana Smokers Have higher chance of depression and 3x as likely to commit suicide

According to the article;

Not only were those who smoke marijuana more likely to suffer depression, but they were also more than three times as likely to attempt suicide between the ages of 18 and 32.

Except when you take a look at an actual study – not just some drivel Yami Virgin wrote – you’ll see that,

After adjustment for economic conditions, state policies, and state-specific linear time trends, the association between legalizing medical marijuana and suicides was not statistically significant at the .05 level. However, legalization was associated with a 10.8% (95% confidence interval [CI] = −17.1%, −3.7%) and 9.4% (95% CI = −16.1%, −2.4%) reduction in the suicide rate of men aged 20 through 29 years and 30 through 39 years, respectively. – SOURCE

Isn’t it funny that this study from 2014 showed the exact opposite of the claim made by the author of the DEA article.

Now to further break down the claims of the 3x suicidal thoughts, there is something critical that needs to be pointed out which is,

The authors reported the databases searched and their search terms, but they did not report the number of citations screened or the reasons for exclusions…

Why didn’t they report the number of citations? The thing about statistical analysis is that citations are important. Additionally – they used studies from 1997-2014 but a vast majority of those studies are specifically designed to find the “negative” or specifically looking for “harms” as was reported by Sciencemag.org when looking at the “funding of marijuana research”

This means that the study “only” looked for suicidal patterns, but what about the patterns it stopped? What about the individuals cannabis helped ‘not’ kill themselves?

Those citations – were left out for obvious reasons.

This has been touted by the government since prohibition started. Rumors of people “going psychotic and murdering their families with axes” have been going around for decades.

According to the article;

“Those products are ranging in the potency of 40 to 80% THC levels so you are way above if you want to go to the high of 80% that’s over 10 times stronger than the marijuana that used to be smoked a number of years ago,” said Dante Sorianello, the assistant special agent in charge of the Drug Enforcement Administration in the San Antonio district.

But higher doses of THC doesn’t mean it’s better, a bad side effect is the triggering of psychotic episodes.

But once again, there is no real causation here – simply speculation. In the same vein, we can say that milk leads to greater instances of suicide because at one point in time – a suicide victim drank milk.

Some might say, “But milk isn’t psychoactive” of which I’d say, “Then let’s talk about sugar” of which they would say, “It’s not the same as cannabis” of which I would say, “You’re right – it’s far worse!”

The point I’m trying to make is that these government funded studies do not have the merit it’s supposed to mainly because there is no definitive link.

I’m not saying that high-potency cannabis is benign – far from it. I think people need to approach cannabis concentrates in the same light they approach spirits – in that moderation is key to enjoyment.

Why do people kill themselves?

Instead of trying to pin the blame on cannabis, perhaps we need to look at why people in developed countries are killing themselves at higher rates. Hell – Japan’s suicide rate is among the highest in the world and there’s no cannabis on the books there – how do you explain that?

Perhaps, teens are killing themselves because they feel they don’t have a future because it’s being sold out by money-grabbing politicians who bow down to the corporate dollar that funds their campaigns? 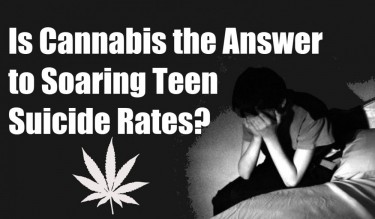 IS CANNABIS THE ANSWER TO RISING TEEN SUICIDE RATES?