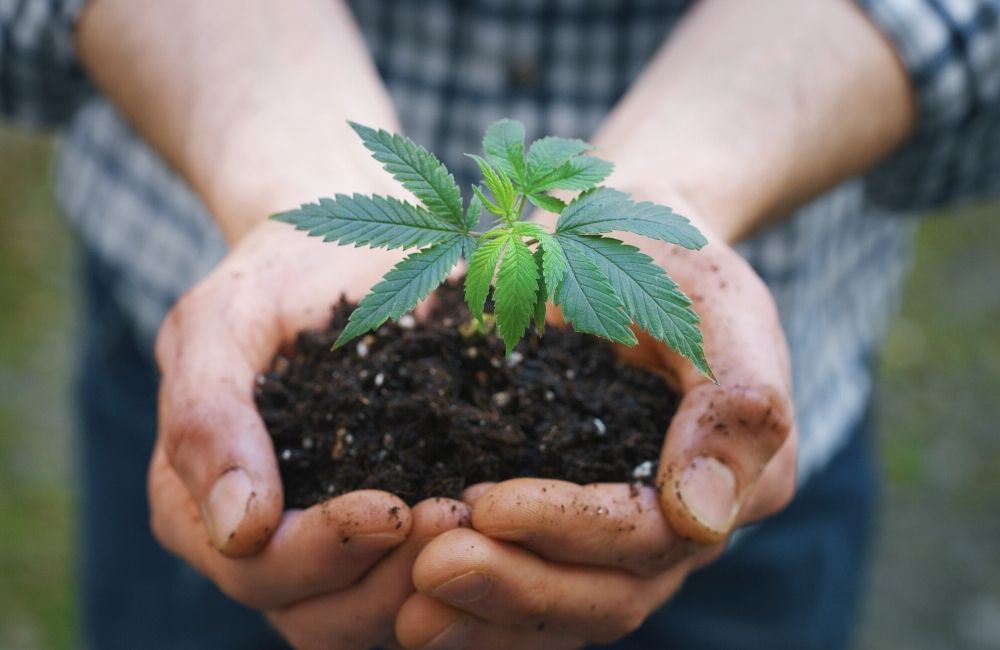 No one knows exactly how many cannabinoids are in hemp however, scientists suggest there are well over 100 cannabinoids in the hemp plant. Cannabinoids can be extracted in a range of forms from full spectrum, broad spectrum, to isolated extracts. The top five cannabinoids found in most hemp extract formulas are the ones we will dive into.

Tetrahydrocannabinol is the main psychoactive cannabinoid in hemp and cannabis. Our products come from industrial hemp, which is extremely low in THC. Our Pure Balance full spectrum formula contains 0.3% or less of THC. These minuscule amounts of THC are generally not enough to produce any high, however when taken in high amounts some sensitive individuals may feel light psychoactive effects. Pure Balance broad spectrum is further processed to remove trace amounts of THC so our finished broad spectrum products have non-detectable levels of THC.

Cannabidiol is the most dominant cannabinoid in the hemp plant favored for its benefits and therapeutic potential. CBD is non-psychoactive and is widely recognized for its effectiveness at calming the body and supporting joints and muscles.

Cannabigerol supports the body’s production of Anandamide, often called the bliss molecule. This cannabinoid is known for helping to regulate bodily functions such as appetite, mood, sleep, immune system function, and provide comfort to the body. The amount of CBG in our formulas is small, however, these traces of CBG support other cannabinoids which makes our broad spectrum and full spectrum formulas more impactful.

Cannabinol is a non-psychoactive cannabinoid in our broad spectrum and full spectrum hemp extract which contributes to the relaxing effects you may feel. This cannabinoid proves to be beneficial for supporting sleep and is known for its soothing effects.

Cannabichromene is one of the less known cannabinoids. A minor cannabinoid in hemp, CBC is found in small amounts in our finished formulas. It supports the entourage effect by interacting with not only CBD receptors but other receptors in the body and shows potential to ease discomfort. This interaction enhances the activity of cannabinoids and how they bind to receptors providing benefits to the whole body.