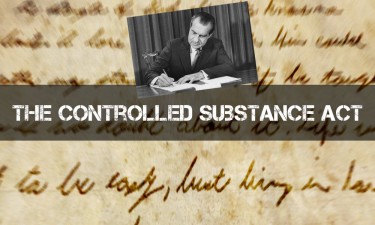 There’s this notion going around that if you legalize cannabis you ‘end the war on drugs’. I hate to be the “Debby Downer” on everyone’s parade, but that’s not how it works.

Where did I get this notion that legalizing cannabis is ending the war on drugs? Well, it comes from a skype interview or discussion between AOC and Rep Blumenauer in October where they were discussing policy.

While for the most part I’m in favor of AOC and Blumenauer’s aggressive approach on ending the prohibition of cannabis – but we must make it clear that by legalizing cannabis – YOU ARE NOT ENDING THE WAR ON DRUGS.

All you’re doing is removing cannabis from the equation but there’s still plenty of drugs that would be considered “illegal” and as I have echoed the sentiment before, “Illegal Drugs Don’t Exist!

Why is this an important distinction to make? Simply put, if we can say that legalizing cannabis is ending the war on drugs, then we’re simply lying to ourselves. Cocaine would still be illegal, so would heroin, LSD, Mescaline, you name it – whatever pharma isn’t peddling would be illegal.

This would still create a large black market that would still require law enforcement to “combat it” in….wait for it…you guessed it….THE WAR ON DRUGS!

Pff – whoever told you that is a liar. Oh – wait, the government told you that? Well, they are liars. Sure, there are some drugs that could be bad for you, but the statement that “drugs are bad” includes all pharmaceutical drugs.

For some reason people equate “illegal drugs” with the word for “drugs” whereas pharmaceutical drugs are equated as medicine.

As you can see that nearly 70% of drug overdoses come from synthetic opioids like methadone, OxyContin and so forth. Of the 67k, deaths each year, nearly 15k are directly from pharmaceutical drugs.

Psychostimulants such as Adderall killed nearly 10k people in 2017. However, this also included drugs like MDMA.

As you can see, apart from Cocaine, the rest of the drugs such as LSD, and psilocybin, Mescaline and plenty other “Schedule I Drugs” hardly kill enough people to even become statistically relevant. Yet more than half of the deaths in the US from illicit drug use come from the pharmaceutical industry.

So I ask you again, which are the bad drugs?

Why the CSA MUST be nullified!

Apart from the obvious reasons that the CSA was signed into law by Nixon who was a known “crook” and who got impeached for doing shady shit in the government. Hell – even a former Nixon aide said that the reason marijuana is illegal was because “Nixon wanted a means of arresting protestors”.

If this isn’t as “Anti-American” as it gets, then I don’t know what is. The very existence of the CSA should burn the core of every American who touts their country to be “the land of the free” or the “greatest nation on earth”.

Sorry to inform you that there is no freedom is another person can tell you what you can and cannot consume – and if you don’t comply, can have your liberty revoked.

Cannabis legalization is definitely a step in the right direction but let’s face it, law enforcement should have no authority over what you can and cannot put in your mouth. Just like they have no authority to tell you what can come out of it. Don’t believe me – It’s an “American Principle”.

“Prohibition will work great injury to the cause of temperance. It is a species of intemperance within itself, for it goes beyond the bounds of reason in that it attempts to control a man’s appetite by legislation and makes a crime out of things that are not crimes.” – Abraham Lincoln [Beardiest President of the US]

WHY IS WEED EVEN ON THE CSA, READ MORE… 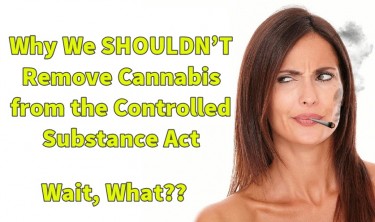 SHOULD MARIJUANA STAY ON THE CSA LIST, WHY? READ THIS! 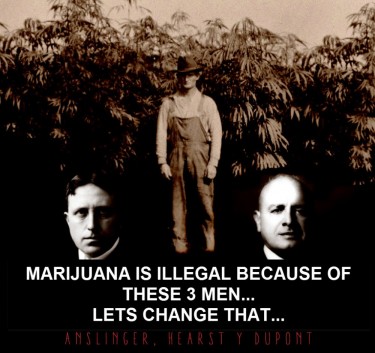 WHY IS WEED ILLEGAL AT ALL? THESE 3 MEN GOT IT ON THE CSA!